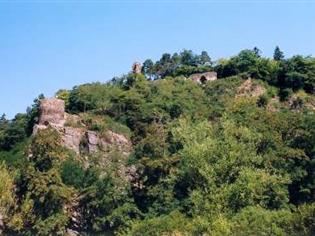 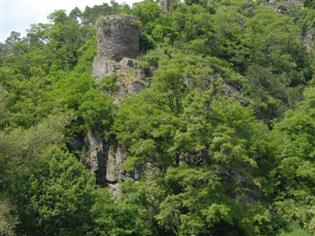 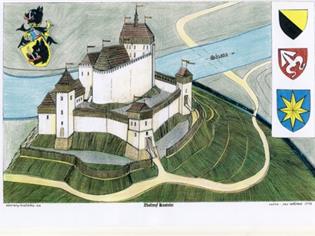 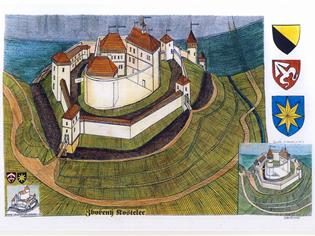 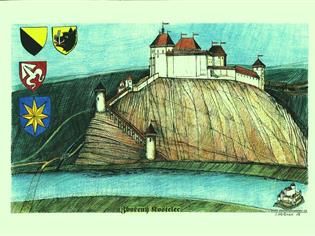 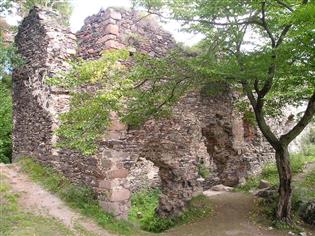 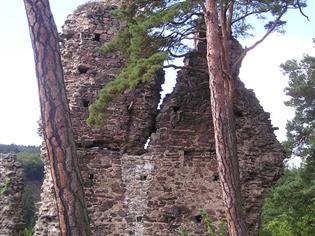 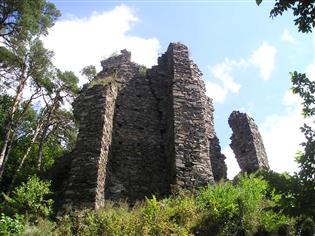 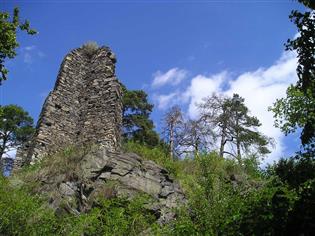 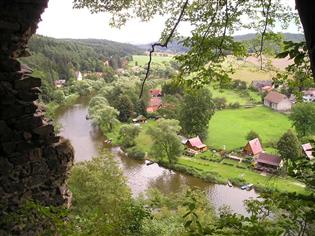 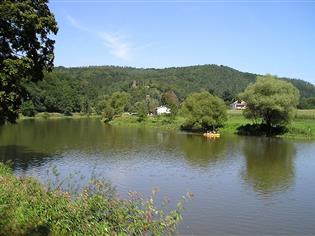 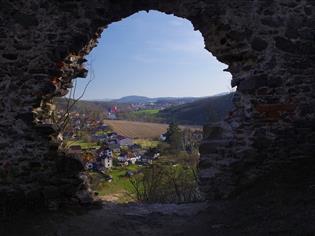 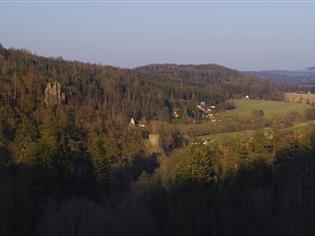 The castle was probably founded by the King, although its beginning are not recorded. The first written record of Zbořený Kostelec (originally called Kostelec nad Sázavou) are form 1341 when the King Jan Lucemburský forfeits it to Oldřich of Valdek, the owner of the neighbouring Týnec. After the death of Krel IV the castle was temporarily owned by the King and later temporarily forfeited end eventually passed on as inheritance by the Vyšehrad  Burgrave  Chval of Rzavé.  In 1411 Jan Sádlo of Smilkov, an advisor to King  Václav IV and also his favourite becomes an important owner of the castle. After Jan’s death, his son of the same name, took over control of Kostelec. In 1435 he participated in the siege of Taborites Castle of Ostromeč whose soldiers caused considerable damage to the neighbourhood and to the  possessions of the Unity. In March 1440 he participated in the negotiations between the districts of Kouřim, Čáslav, Hreadec and Chrudim and signed a country peace treaty. During the negotiations he was also elected as the Captain of Kouřim District.   Jan later purchased the Castle of Léštno with its estate and he sold Kostelec in 1443. Kostelec became a base for robbery attacks by the new owner, Kuneš of Dubá, aka Rozkoš (also the grandson of Jan Žižka of Trocnov) who fights on the side of the catholic opponents to Jiří of Poděbrady. Becauase Kuneš signed the land country peace treaty while causing damage to the Czech Kingdom, Kostelec was besieged in vain in 1449. After a short truce in the May of 1450, it was besieged for a second time by Jiří of Poděbrady’s army and the army of the inhabitants of Prague. Despite the military intervention of one of the allies, the Saxon Duke Friedrich, in the vicinity of the town of Most, which was supposed to be occupied by part of the King’s army and relieve the pressure on the castle, Kostelec was soon conquered. The military and political importance of the castle can be proven by the fact that Jiří of Poděbrady himself took part in both sieges. Rumour has it that Jan Sádlo junior was present in the camp of those who besieged the castle, probably due to his good knowledge of the castle and its weak points. The Kostelec Estate was divided and the deserted castle was later allocated to Zdeněk of Šternberk, who fortified and extended it. The abandoned castle later became part of the Konopiště estate and was left to its destiny.  From the end of the 18th century it belonged to the Counts of Vrtba, owners of the neighbouring Týnec. It is likely that during the 19th century the castle was partly tidied; a stone staircase was built over the moat and some walls were secured. It is possible that somewhere in the top courtyard a pavilion with a view over the Sázava valley was built, however nothing remains today.

At present the Order of the White Cross Knights strives to save the castle. Their aim is to secure the remaining parts of castle and create suitable conditions for the presentation of the castle and its history as well as for cultural events set in the historical site . . . 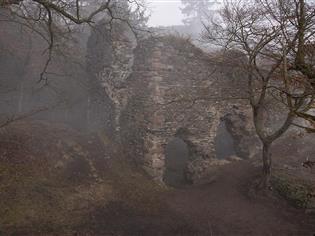